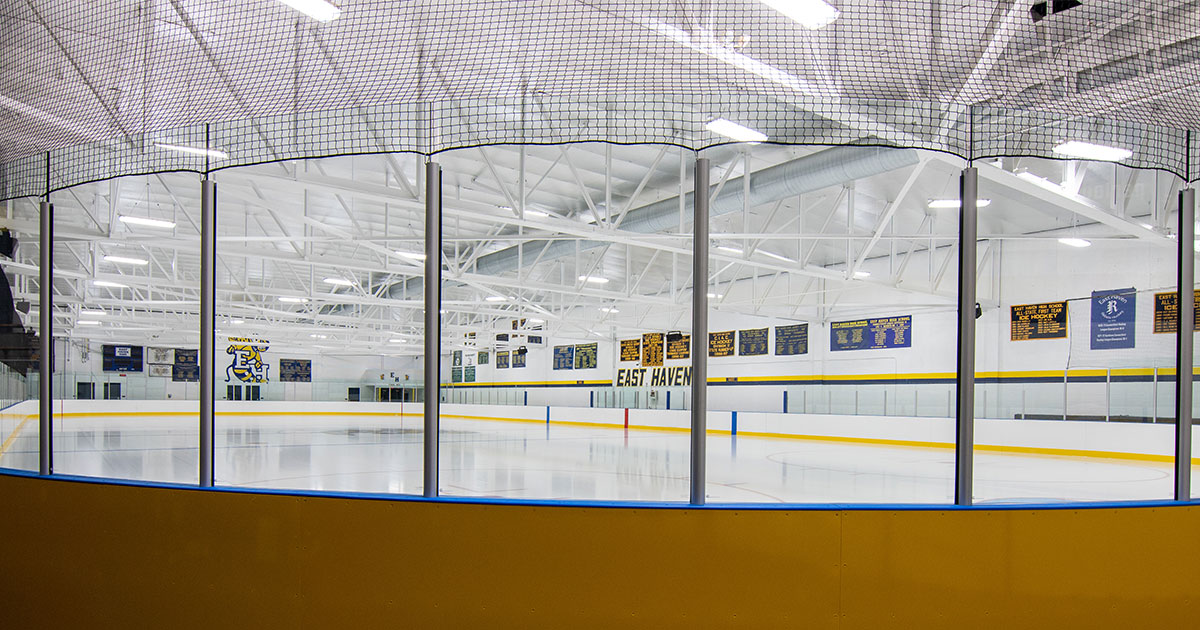 SLAM began working with the Town of East Haven in the winter of 2021 to evaluate, design and build the best value solution for the resurrection of the Patsy DiLungo Veteran’s Memorial ice rink located at 71 Hudson Street in a residential section of East Haven. The Town Ice Rink has been host to East Haven High School, East Haven Youth Hockey, Guilford High School, Shoreline Figure Skaters, ice skating lessons, ice hockey leagues, camps, birthday parties and events for decades. The facility has been closed since a leak was detected in the ice floor piping in 2019.

The Design Build Process – Feasibility Study to Construction
SLAM along with our MEP Engineer and ice consultants, were hired to prepare a feasibility report to evaluate the existing structure, mechanical, plumbing, electrical, ice making systems and equipment for the ability to perform a 12-month operation goal originally set by the Town. The team investigated life cycle analysis, sustainability, functionality and the cost of several different ice making and building envelope systems.
In addition to the performance and operation of the ice making equipment and HVAC system, the study evaluated current code requirements and front of house operations. The report included a cost breakdown and schedule with recommendations on a phasing approach and cost saving efficiencies for construction. 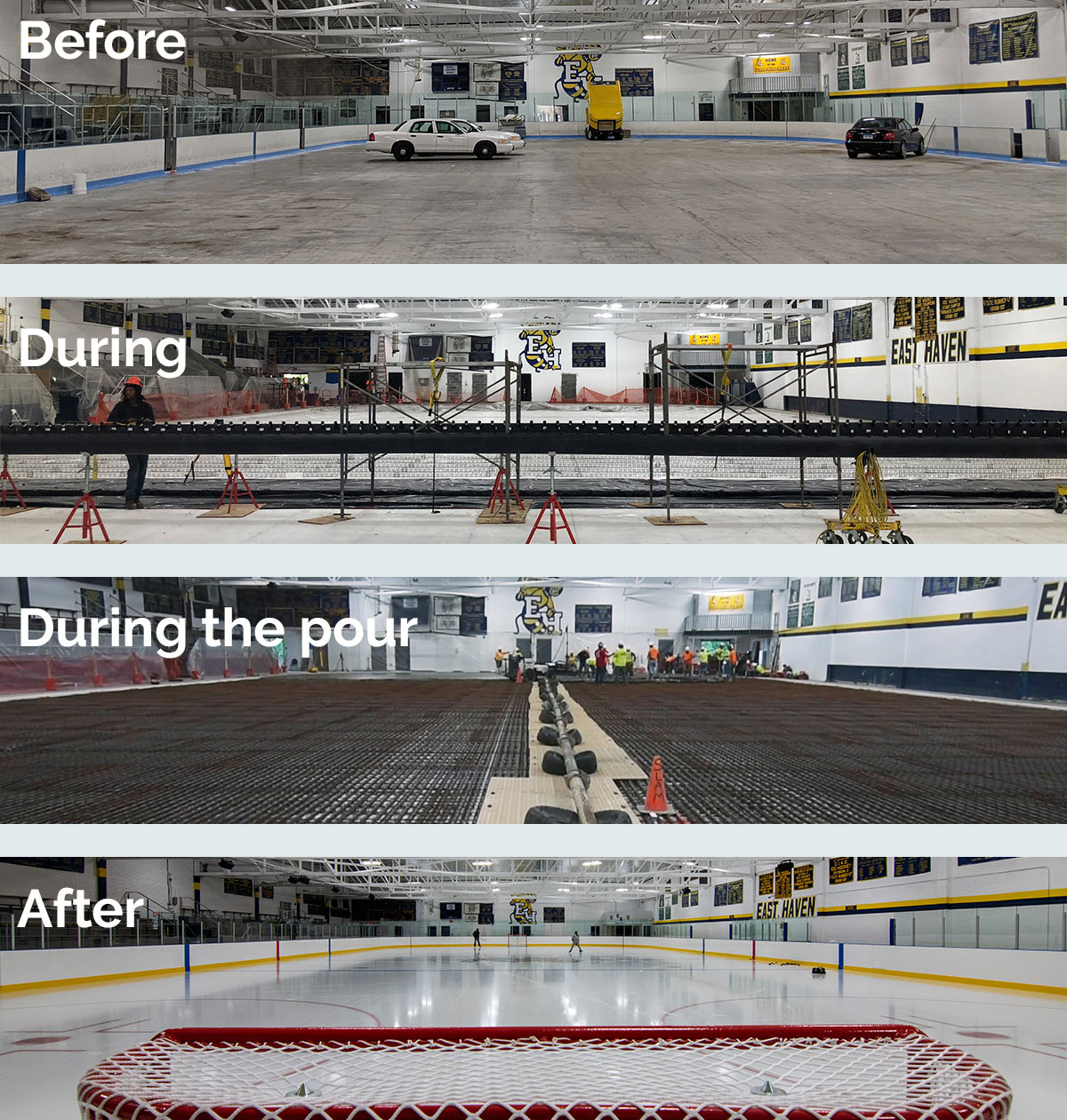 Design to Budget Solutions
At the conclusion of the feasibility study, SLAM worked with the Town to develop an option that met the  Town’s budget constraints. The agreed approach consisted of a renovating the ice facility for seasonal operation only, replacing the ice rink’s original outdated and leaking system with a new ammonia glycol system which met future sustainability requirements, code and efficiency standards.  The scope of the renovations included the replacement of the existing cold floor slab & associated piping, new dasher boards, CO & NO2 sensors, rink rubber flooring and a complete replacement of the dehumidification system with associated structural, electrical, gas piping & ductwork.

The scope also included the replacement of the soon to be discontinued R404A refrigerant system in its entirety, improved indoor ventilation, new NH3 sensors for gas detection and a new electrical switchboard to accommodate the new ice making equipment. The scope was later expanded to include renovations and upgrades to the facility’s front of house area, bathrooms, remaining locker rooms and the purchase of a new electric ice surfacer. 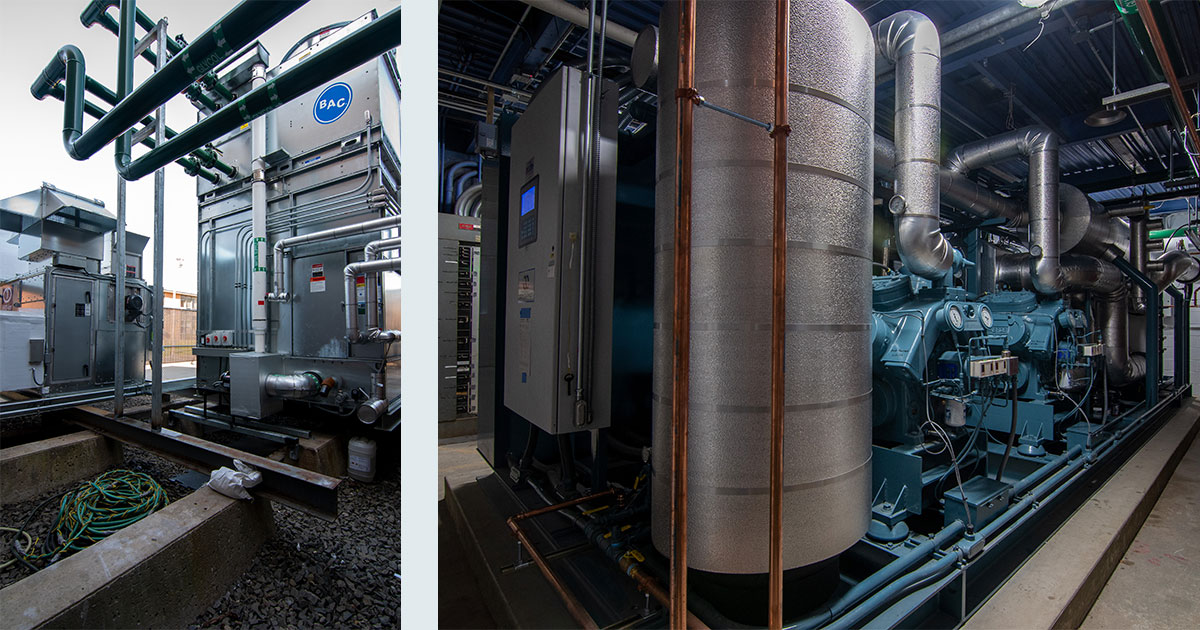 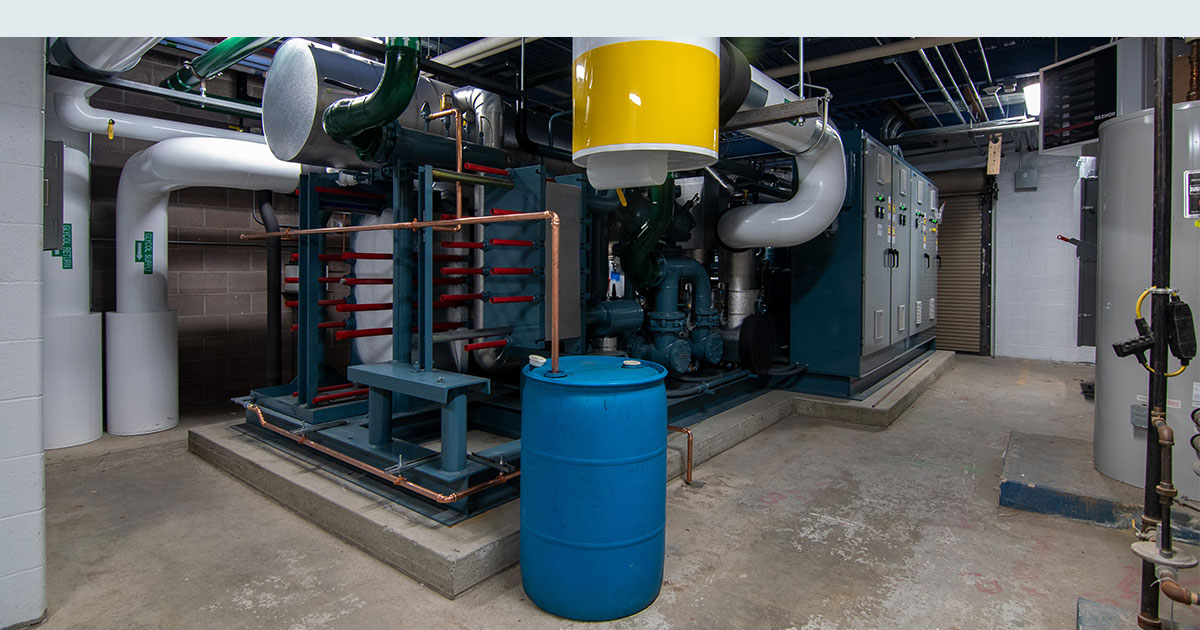 Labor & Supply Chain Schedule Control
The project was faced with several schedule and budget challenges due to supply chain procurement delays, and labor shortages. To mitigate the challenge of supply delays, the team achieved approvals and pre ordered the electrical switchgear, chiller package, and other long lead items 4-months before the design was complete.  The planned completion date of September 2022 was shifted to November due to unresolved delivery of parts for the main chiller and the 1200-amp electrical gear.  Even with the preorder, the scheduled July delivery date of the electrical gear was further delayed an additional year! This was a major setback, threatening the opening of the rink for another season. With the creativity and ingenuity of the electrical subcontractor, the team rebuilt and reworked the existing switch gear so that it could be energized and operational for a November reopening.

The Big Pour
The new ice floor concrete slab covering 17,000 square feet was a single day uninterrupted pour spanning over 12 hours of continuous labor. A large custom made electric laser boom screed was utilized to level the concrete over 55,860 linear feet (which equals 10.57 miles!) of glycol piping set in a bed of steel rebar over a supportive insulated slab base.