Holidays with the SLAMily

So, I ask myself, ‘how much do people care about workplace traditions at the holidays’? For me, it’s a lot.

As I write my first piece for the Culture-based section of SLAM’s new Design Thinkers blog, I am struck by a growing list of invites I’ve received to holiday activities with friends, family and work mates.  Some I won’t be able to make and other ones I don’t want to miss.  SLAM fits into the latter category, as there’s no shortage of festivities to enjoy with my colleagues, who I spend more time with, than anyone else.

I’m always amazed how we manage to sustain the hectic pace thrusted upon us at the holiday season: juggling a massive To-Do list surrounding Thanksgiving, Christmas, Hanukkah, Kwanzaa, and ends on New Year’s Day.  There’s a lot of running around to get ready for hosting or attending elaborate dinners and parties, shopping, decorating, gift wrapping, and who knows what else.  In the end it all works out and we have plenty of fun stories to tell, photos to share and memories to recall.

‘Tis the season’ to be jolly at SLAM begins in early November and continues through December. Let me take you on a virtual tour. 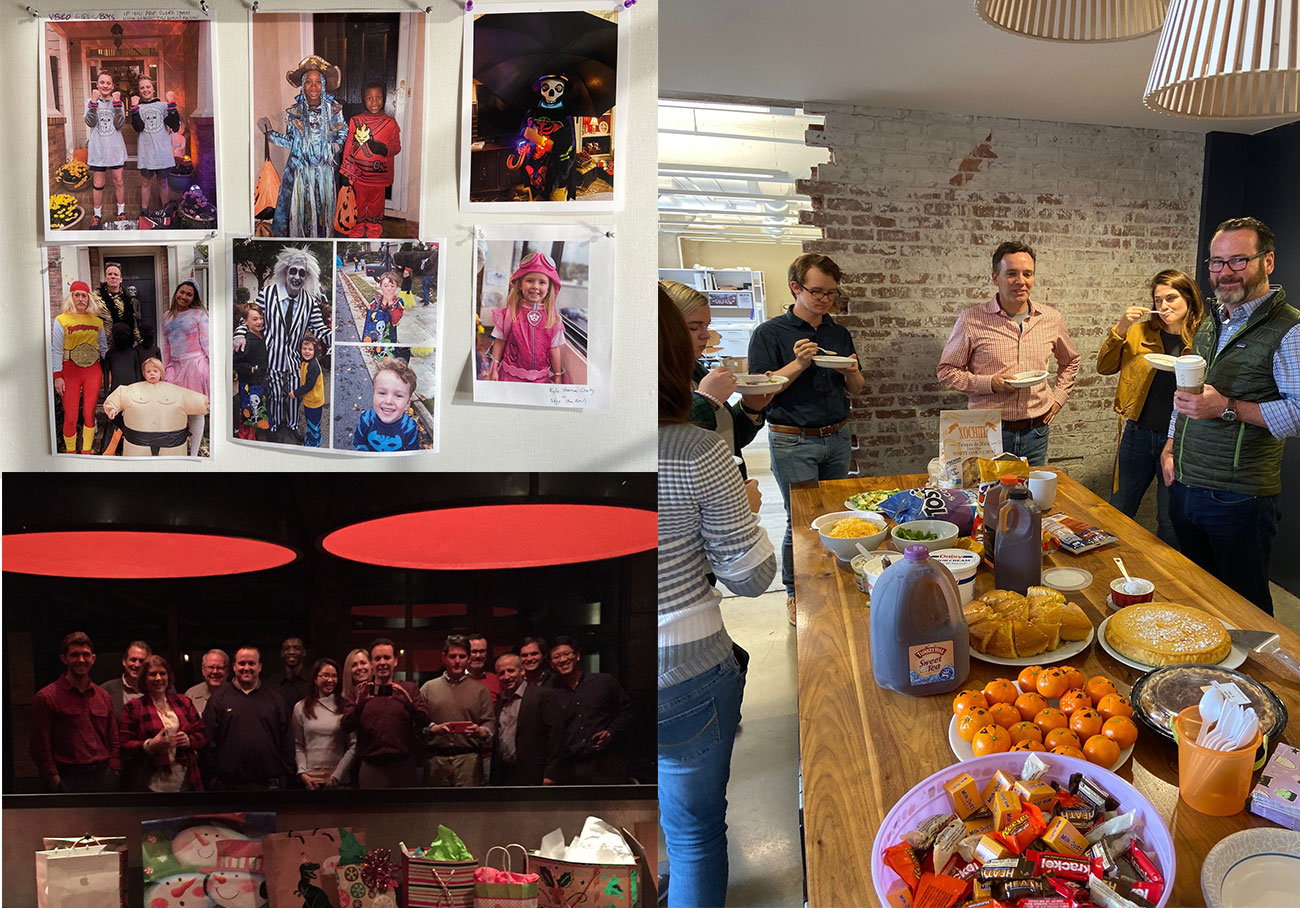 SLAM Atlanta kicks off Fall with a “pin up” of Halloween photos (staff and their children) in the break room.  New this year, they introduced a Chili Cook off and Pumpkin Design contest!  Up north in Boston, the annual bowling outing, a 10-year-old tradition, signifies the holidays are upon them.

All the offices host their own variation of an annual potluck luncheon before Thanksgiving.  The Harvest Lunch in our Glastonbury office, a 26-year-old tradition, is still going strong. On my “shorter” To-Do list is one prepared or purchased item to share amidst a mile-high list of other delicacies from employees. 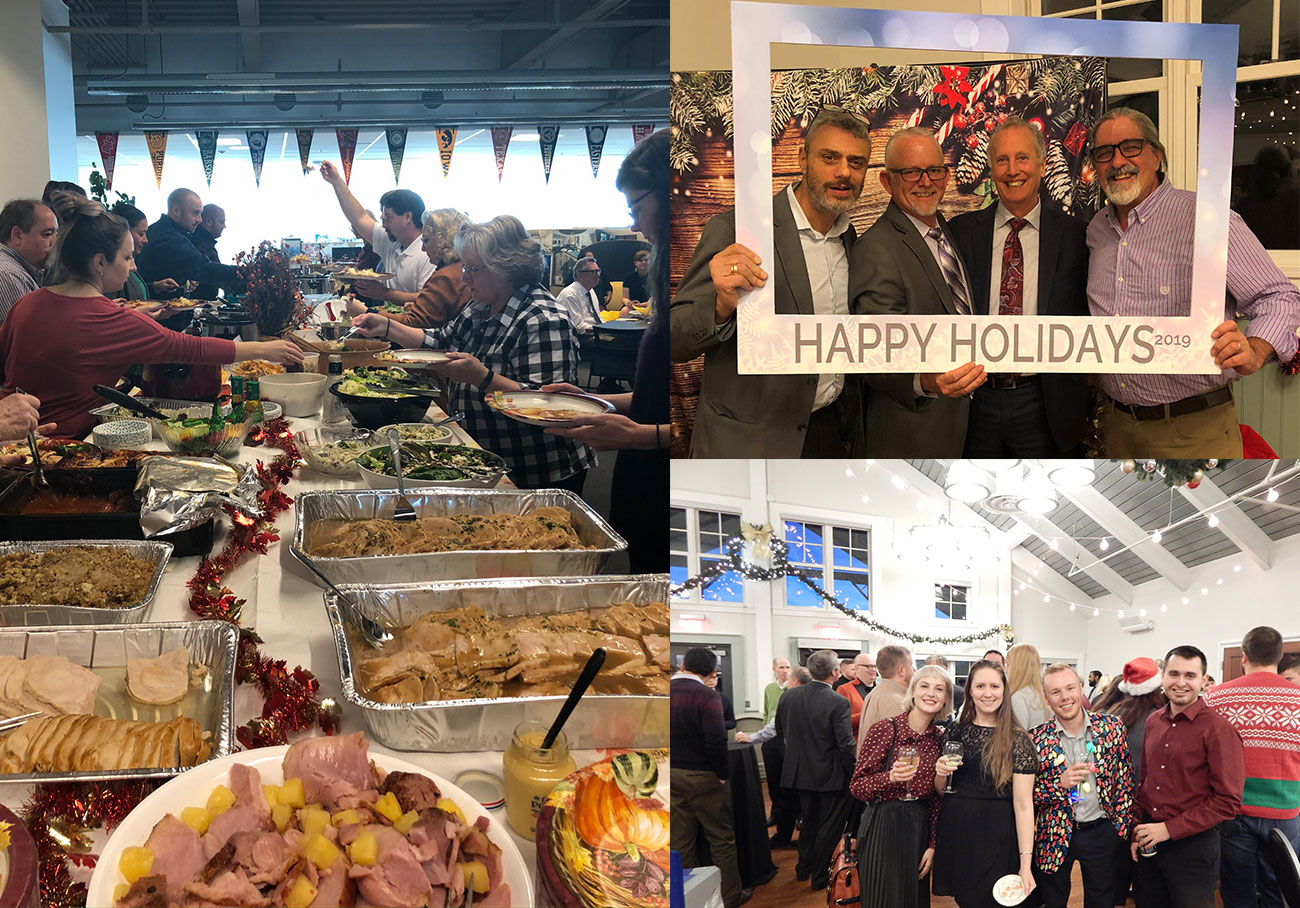 I’m a foodie and use this event to test out a new recipe. It was delicata squash the first year, shredded Brussel sprouts with goat cheese and a black truffle glaze next, and this year, a roasted head of cauliflower bathed in tahini and a glazed truffle. I had a great time tasting many of my colleagues’ favorite dishes.

I’m feeling my weight go up just writing this!

Today is December 20, the mid-way point in the holiday rush!  It’s full steam ahead at SLAM, this phase features a variety of holiday parties to celebrate the year’s accomplishments.  The Glastonbury Boathouse was the venue for SLAM Glastonbury’s party.  On my To-Do list, a new outfit and earrings to match! I love the drawing held prior to dinner. Two years ago, I was the lucky winner of a cozy winter gift basket and this year a gift card to the restaurant, J. Gilberts. 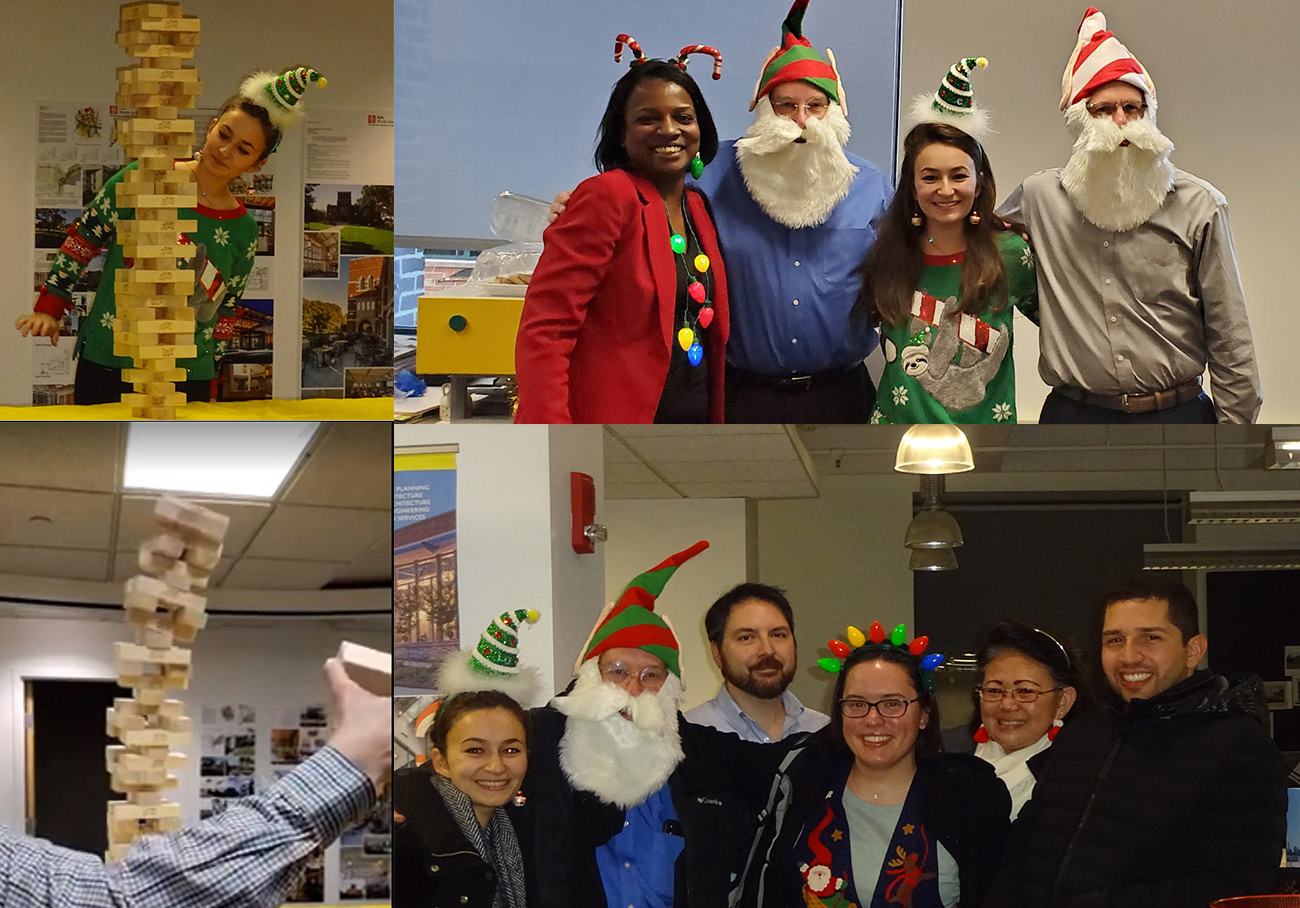 Both offices coordinate gift swaps on this day. Unique to Atlanta, though, is a nearly 12-year-old tradition which entails our Principal, Will Stelten, collecting quotes overheard in the office during the year. They close out the holiday dinner with a reading of “quotable quotes,” challenging team members to guess “who said it” and “who they said it to.” Watch out Atlanta, someone’s listening to your conversations.

For me though, the best part of workplace traditions is just showing up.  And if the most demanding part of the season is to have fun with my co-workers, then it’s a welcome respite from the hustle and bustle still ahead.