As we begin the new year, trade tensions continue to be a concern. The USMCA trade deal was finally signed after Congressional negotiations secured some changes. Employers added 145,000 jobs and unemployment stayed at a 50-year low of 3.5 percent. Services companies grew more quickly, a sign that the economy’s steady expansion should continue. Consumer confidence slipped slightly in December and expectations fell about economic growth for the next six months.

Going into 2020, a fear of a recession topped the list of U.S. CEOs’ concerns, according to a Conference Board survey. In November, factory orders decreased, propelled by a steep decline in defense-related orders. U.S. tariffs against China triggered a slide in imports, contributing to the lowest trade deficit in three years. Consumer prices rose 0.3% as households paid more for energy, health care and rent, pushing the rate of inflation up to the highest level in a year. The six-month growth rate of the Leading Economic Index suggests that economic expansion is likely to stabilize around 2% in 2020. 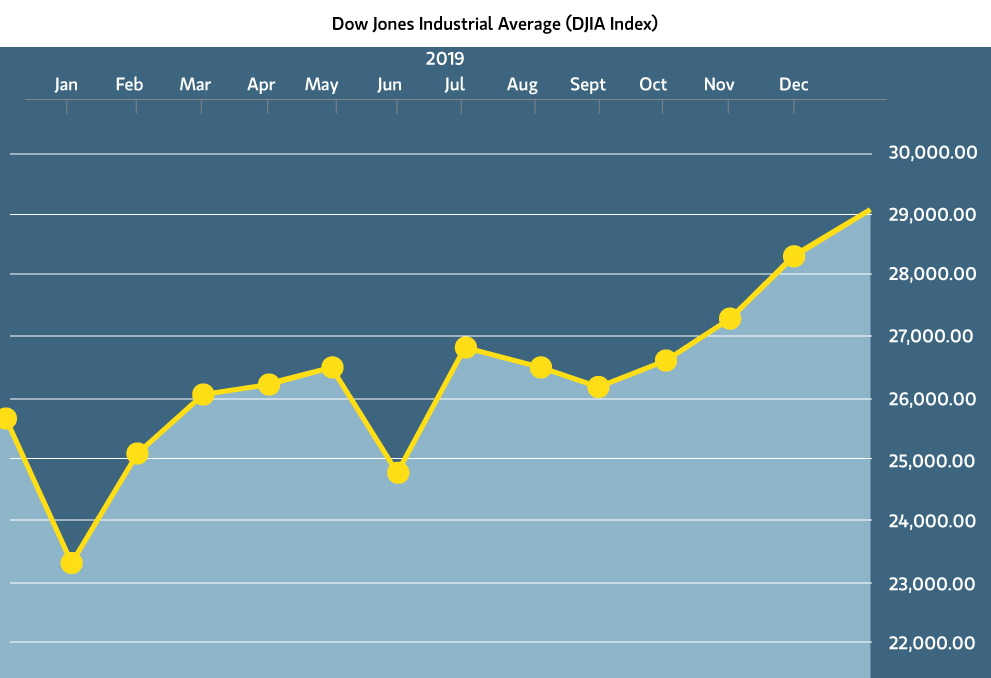 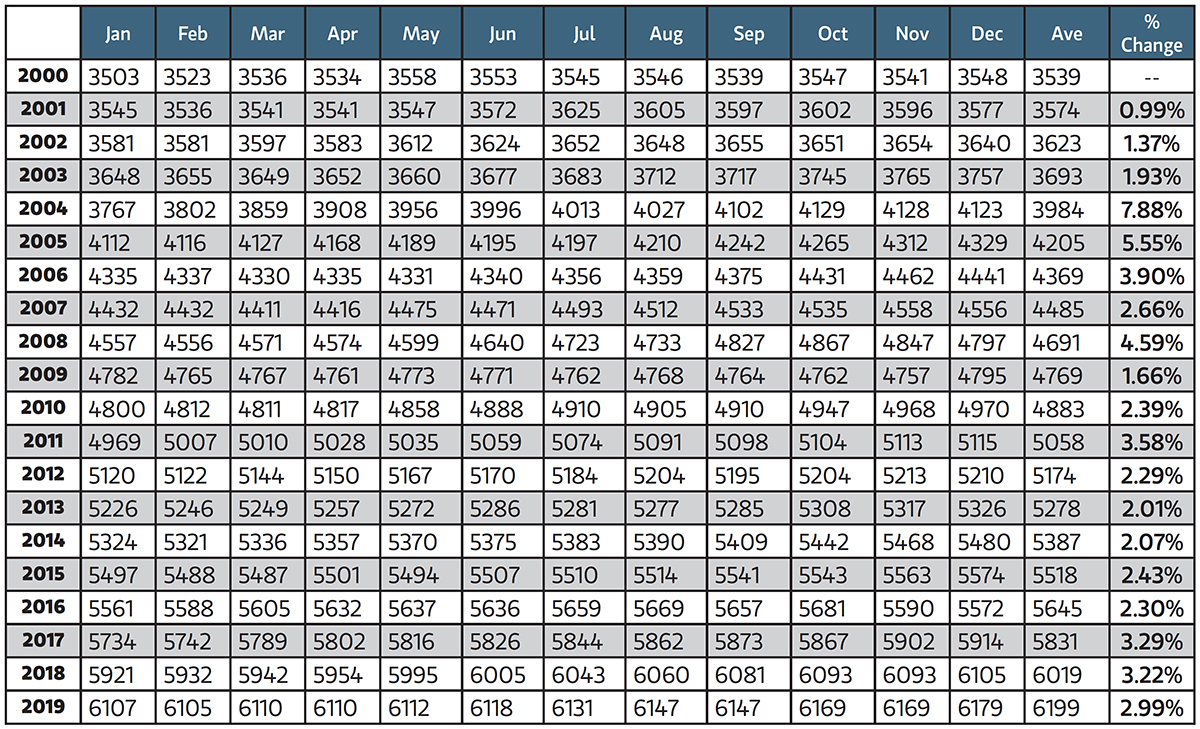 General Note – 2020 is an election year where the economic growth is generally strong.