I have been fortunate enough to work on a variety of projects in the SLAM Atlanta sports studio. Many of these projects consist of transforming underused spaces and redesigning them to fit new programs. These projects are unique and complex, requiring careful decisions to ensure a successful design outcome.

Some reuse is planned at the onset of a new construction project. For example, the 1996 Olympic stadium was designed by SLAM (formerly Heery Design) to later be converted into the new home of the Atlanta Braves. After the Olympics, precast sections from the Olympic stadium were reused to form the leftfield grandstands of Turner Field. In 2016, the Braves announced their intentions to build a new baseball stadium in the north suburbs of Atlanta.  This left Turner Field in serious risk of being demolished or left vacant, jeopardizing the viability of the Summerhill neighborhood’s urban renewal.

SLAM’s masterplan proposed reusing the stadium and surrounding property to build an athletics village for Georgia State University (GSU) that would extend south from their downtown campus. Panther Football at Georgia State Stadium anchored the new development. The selective demolition and well-planned moves reoriented the seating bowl and transformed its sightlines for football.

Georgia State Stadium changed the culture of GSU Athletics and brought transformation to a neighborhood neglected for 20 years. 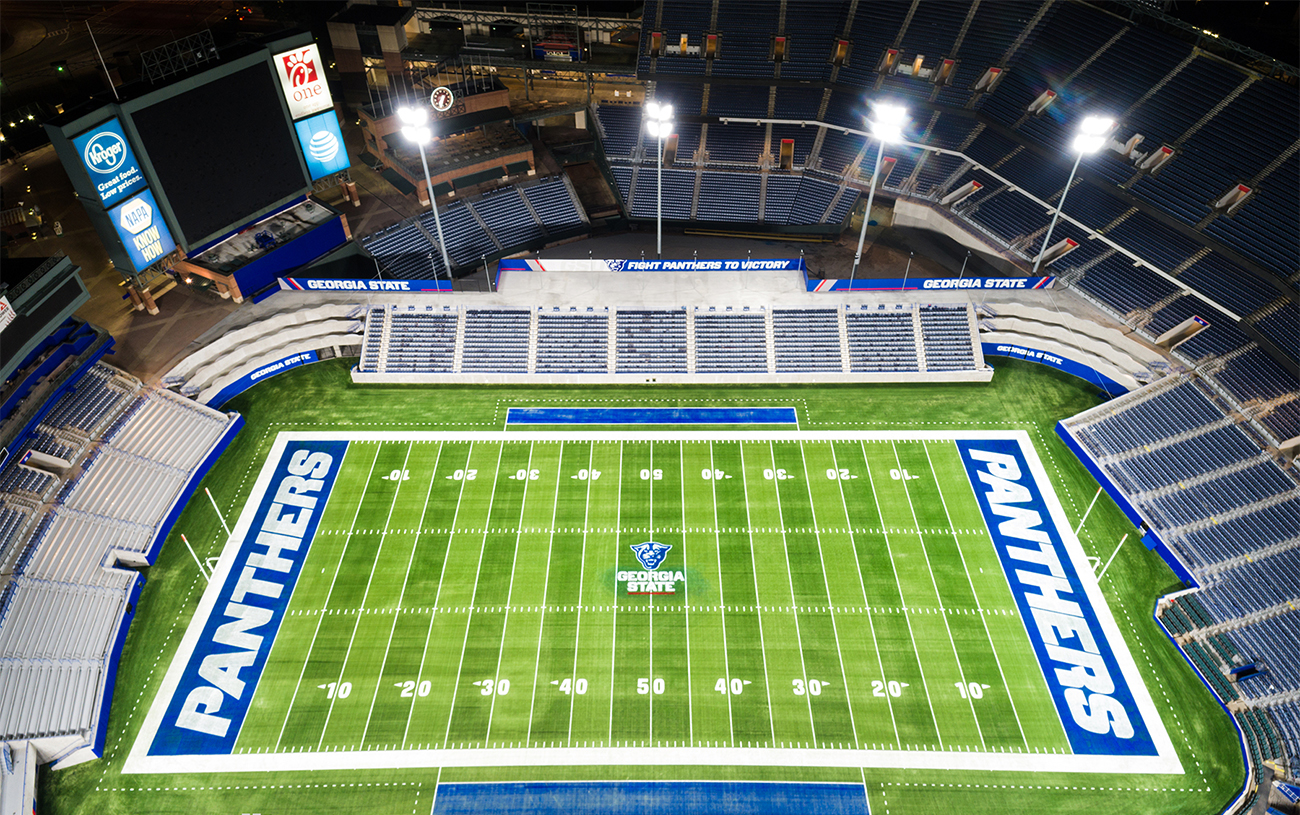 The idea of reimaging spaces in sports facilities is not a new topic but has recently become even more relevant due to the COVID-19 pandemic. Sports facilities around the country are designed to hold thousands, and in some cases, hundreds of thousands of fans. Today that means buildings filled with lots of empty seats, huge underused concourses, and even worse, thousands of square feet of vacant parking.

As a response to social distancing, many businesses have found creative ways to serve consumers, all while keeping people safe. However, the sports industry continues to struggle on identifying what their new normal will be.

Although some organizations are testing out new technology in response to the crisis, recently the NBA has decided to broadcast a few of their games using virtual reality (VR) to enhance the home fan experience. Fans can see each other’s reactions during live games and sit next to anyone virtually, including celebrities that may be watching. Although this experience is not like being in a stadium with thousands of screaming fans, there are certainly new opportunities that were not possible before.

In the article by Arch Daily, “How AR and VR Will Enhance the Future of the Sports Arena Experience,” it cites that, soon, many other sports organizations will be taking advantage of new augmented reality (AR) and VR technologies. This is a very real outcome for the new normal in sports, which will lead to questions about the spaces that will no longer be used due to a smaller occupancy. 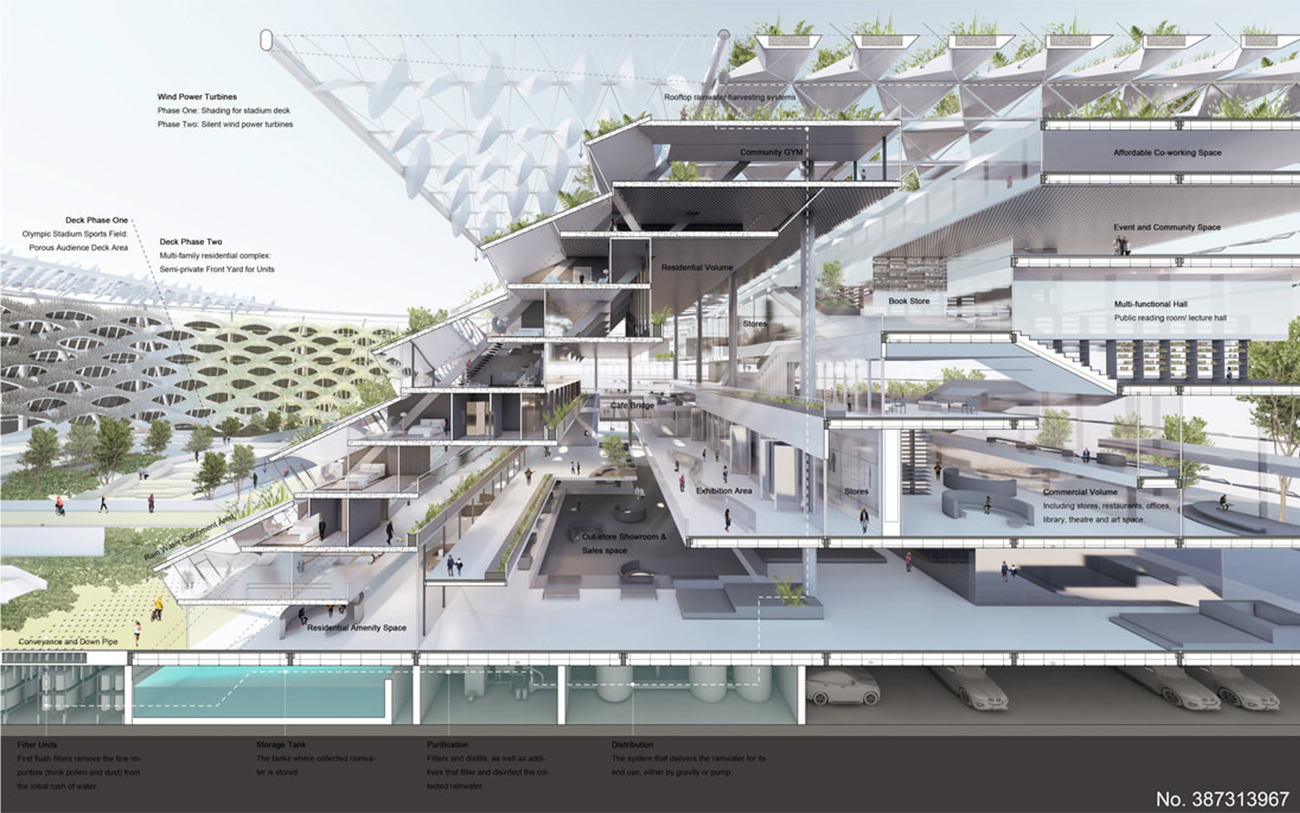 The above theoretical rendering features an adaptive reuse of a stadium located in New York City. This was the 2nd Place winner in the 2018 Arch Storming Competition.

With newly vacant spaces in some of these facilities, there are opportunities for programs that the surrounding community could benefit from.  Spaces like housing, for those areas suffering from a housing crisis. Gardens or permanent farmers market spaces for those communities who are in food desserts. Even the facilities on college campuses, could take advantage of their underused spaces by adding other programs that could benefit the entire student body.

The University of Notre Dame, for example, recently added new academic spaces to their iconic football stadium, which was used eight days each year for football home games and commencement. The gates were then locked, and the building was empty. The Campus Crossroad Project now activates this underused space with three adjacent buildings anchored to the south, east and west sides of the stadium, serving as a center of athletics, academics and student life, infused with increased energy and a sense of place year-round. 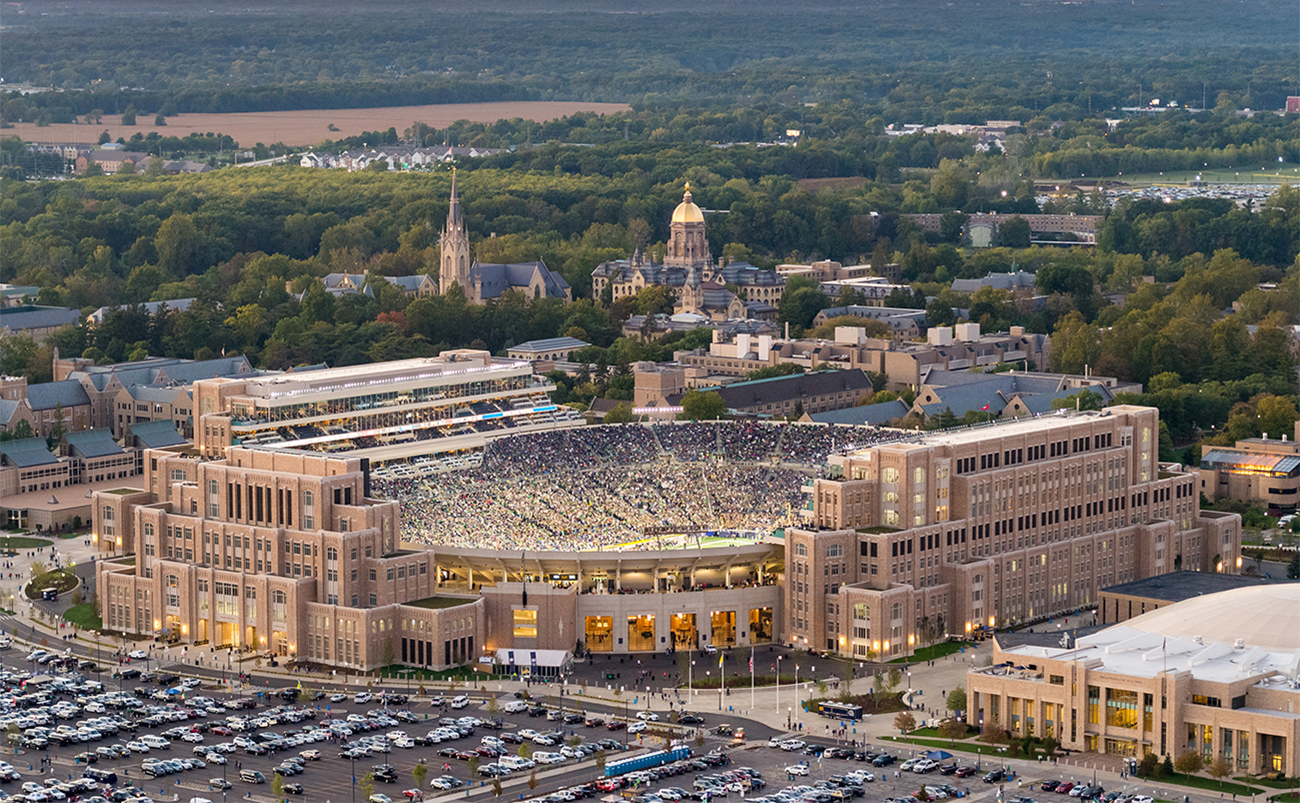 What we don’t know is whether we will be cheering in a stadium next year or be part of a new VR fan experience. However, no matter what happens, I do believe this is a unique opportunity for us to think about how design can affect the future of sports.

With so much uncertainty around us, it is easier to not take this matter seriously. A decision that could potentially leave communities and neighborhoods vulnerable and living with abandoned stadiums. Let’s not wait until demolishing these structures becomes our only solution, which, in my opinion, is arguably one of the worst things you can do to the environment.

We, as architects, can come up with creative design solutions that not only respond to the needs of fans, but also the greater community.

The theoretical rendering below features an adaptive reuse of a stadium that would serve as residential and commercial space. This was submitted in the 2018 Arch Storming Competition. 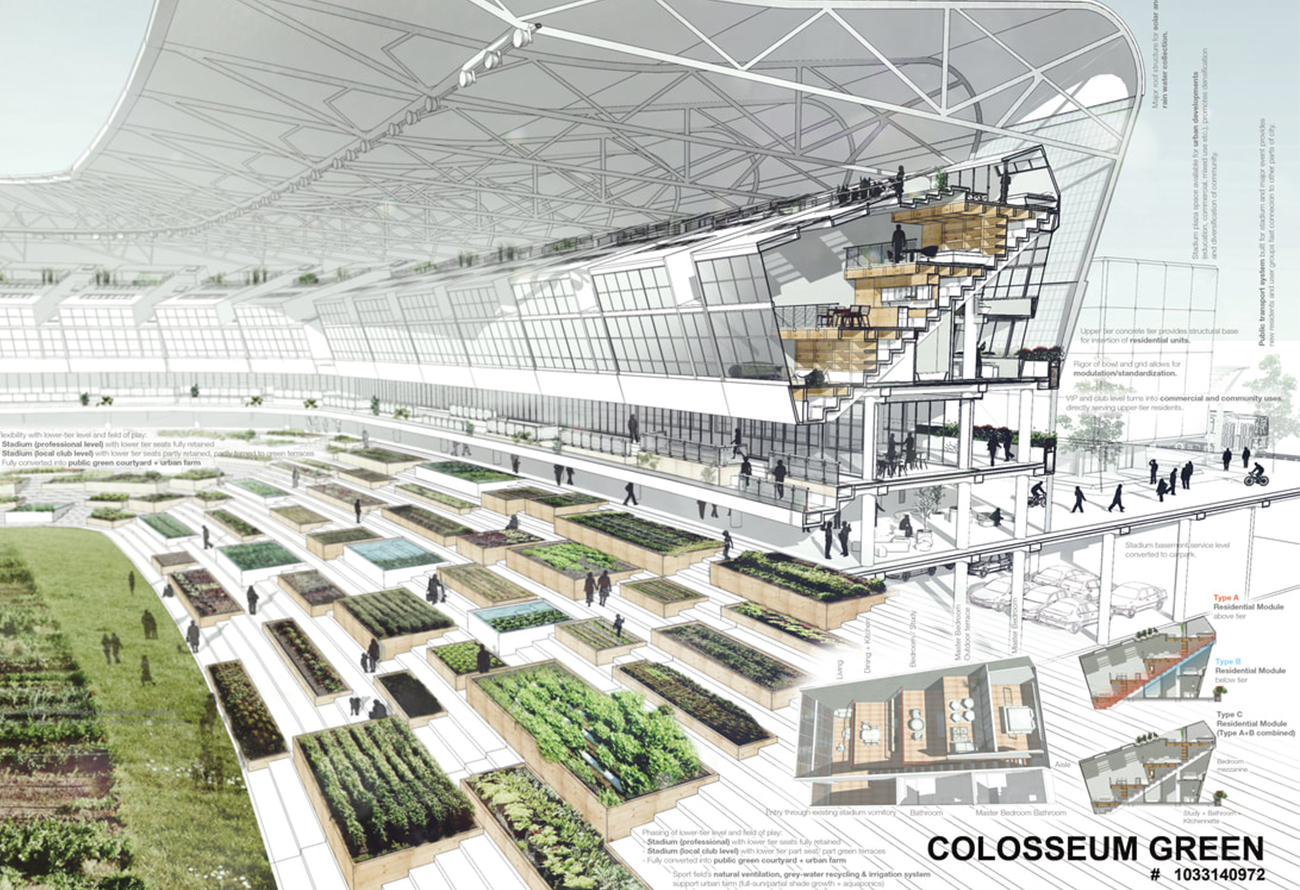 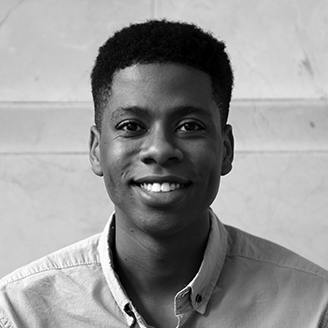