The S/L/A/M Collaborative launched its construction division 25 years ago in September 1996.

SLAM had a vision to approach construction from a master builder’s perspective. Taking the responsibility of an owner’s project from design through construction, guaranteeing quality projects and better control of the cost. A better way to build.

This unique bundling of design and construction services resulted in more than two decades of successful project delivery for multiple clients representing a variety of market sectors. 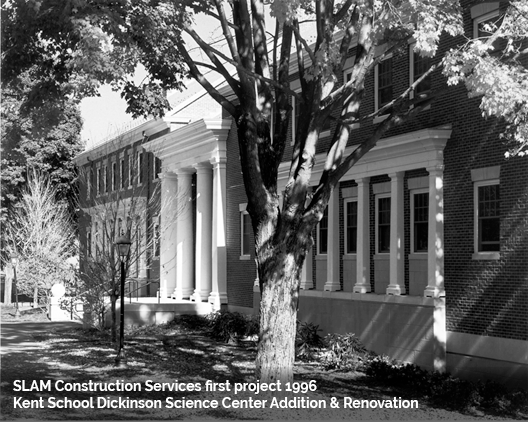 In the late 1980s to early 1990s, most design and construction projects followed a linear delivery method of architectural design first, with contractors introduced to a project when the design was complete. Architects were responsible for the probable cost of construction, a process that owners often found challenging. Subsequently, the role of a Construction Manager (CM) as an owner’s advisor was developed to manage cost control and design.

SLAM observed that the CM’s “value engineering” methods of cost control was a conduit leading to poor quality projects. The firm collectively asked what a CM offered to an owner that they weren’t? Inspired, they pivoted the role of the design architect and decided to take on the responsibility of cost. They went out on a limb to guarantee that their designs would come in at or lower than what the project estimated during the schematic design phase. And it worked!

In the early 90s, SLAM was successful with the design of several public-school projects designed to original estimate and acted as a design builder on several other projects for Rumsey Hall School and Inglewood Hospital. As a result, SLAM became highly competitive amongst design firms, developed many trusted partnerships, and a reputation as designing to budget. This in turn led to an in-house estimating group and eventually the construction management division.

The architect led master builder concept of SLAM Construction Services was born. After several years of dabbling in design build services with other CMs, SLAM was given the opportunity to take on a major renovation project at the Kent school, as the prime design builder.

As SLAM Principal Steve Ansel likes to recount: “In negotiating our architectural fee, I suggested that SLAM take responsibility of the project as a master builder, offering both design and construction management services. The head of the board, a developer and architect by training, could completely relate to this concept and agreed on the spot.”

Reflective of SLAM’s mission of master builder, the new team collaborated on a design solution that met both budget and the challenging logistics of constructing additions on all four sides, while the building remained occupied as classrooms. Gene rebid the job and the project came in on budget, delivering real value by taking responsibility for the total project cost and managing the entire job from planning to furniture with an early release of contingency to afford final landscaping.

“ To have a CM release contingency early, just didn’t happen back then. The trustees were amazed and pleased.”
- Gene Torone, President SLAM Construction Services

By the mid-2000s, the design build delivery method was increasingly accepted within the industry. SLAM received its first design build RFP from the University of Hartford in 2005. The university had produced a request to expand the art school with a full set of design criteria. SLAM determined that the request was not in the school’s best interest and went out on a limb with an alternate solution.

The integrated team streamlined the design to meet the original budget by utilizing existing stairwells and bathrooms allowing a paneled façade addition that made an architectural impact to the campus. This resulted in significant dollars saved and led to several more building transformations within modest budgets that today stand out as iconic buildings on the school’s main quad. 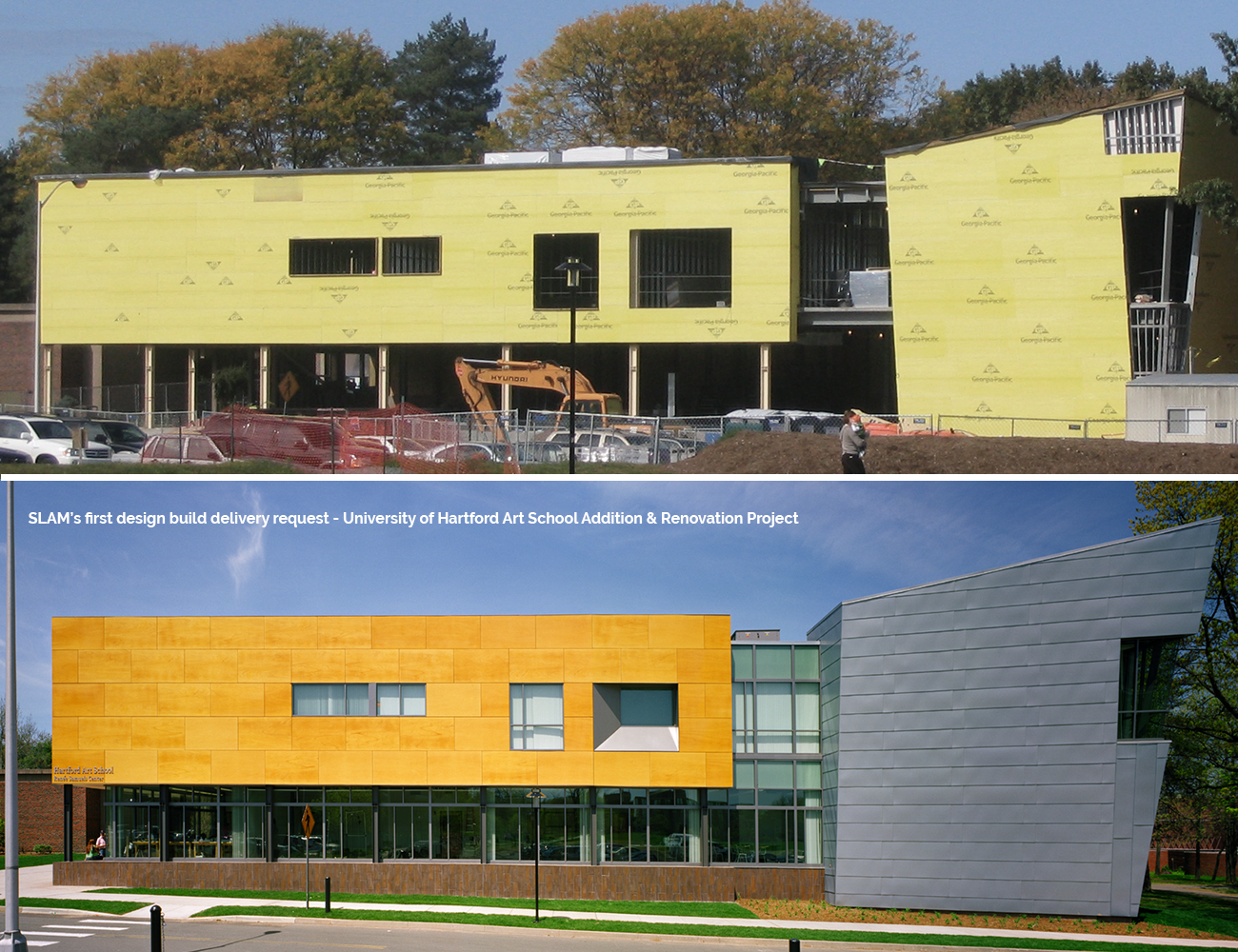 Twelve years later, our integrated solutions continue to deliver valued results. In 2017, SLAM had the opportunity to master plan, design, and build a multi-phased campus expansion for New Haven-based client, Chapel Haven Schleifer Center with budget, time, and operational challenges. The team was able to meet deadlines and cost constraints with an integrated design build process. Having completed a $30-million-dollar neighborhood campus facelift including an addition and two new buildings, SLAM is now supporting a final phase. 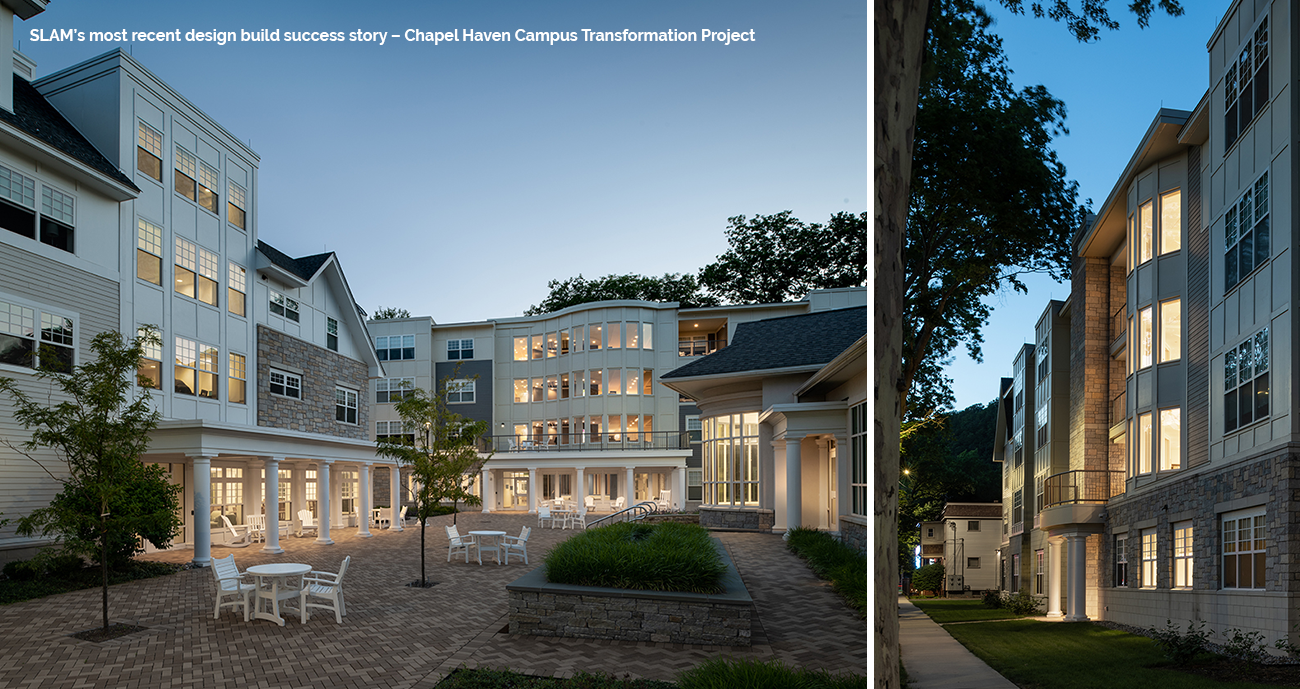 Unique to the original vison is SLAM’s pre-construction cost control integration. Professional estimators continue to be part of the team early on in design, producing cleaner and tighter budgets than CMs can produce. Reputable firms with multiple estimators might have relationships and connections, but SLAM’s design estimators have the details and can help reduce the numbers in an owner’s favor to a valued and conservative result.

A recent example is the 44,000 sf Notre Dame Remick Family Hall project. SLAM’s Senior Estimator Nathan Bernier reconciled with the CM and got the owner a quality building for the original construction budget of $18 million. SLAM integrated estimating early, collaborated with specialty contractors, and researched materials to develop a better system of a CMU bearing wall with precast concrete plank floors in lieu of steel frame cold form walls with brick veneer. This design resulted in a clear span, column free interior, and took about a foot out of the height for each of the three floors, saving $900,000, while accelerating project construction time. 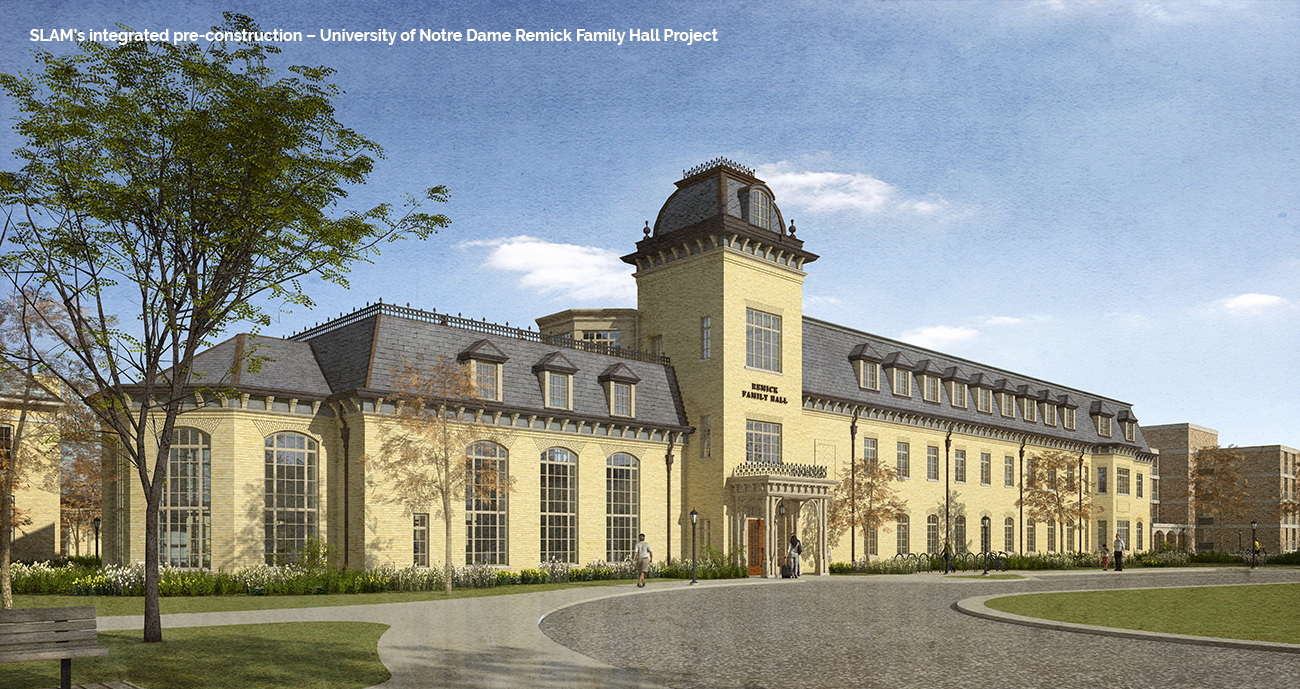 SLAM’s Construction Services division is focused on the next 25 years, building on its past successes. This architect led integrated design and construction approach has allowed SLAM the ability to deliver consistent quality and value to clients. This method offers a unique opportunity to participate in decisions that affect cost, that are not normally shared during the design process and affords owner’s early release of continency and no markups on change orders during construction.

The creation of the Construction Services division differentiates SLAM from other architecture firms. The owner gets what they want with responsible cost control managed throughout. SLAM designs to a budget and delivers value by taking responsibility for the financial success of the project. 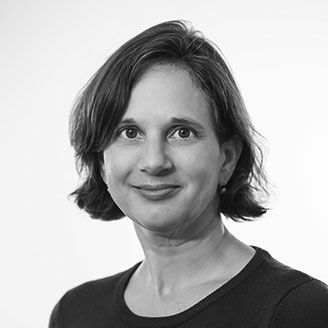